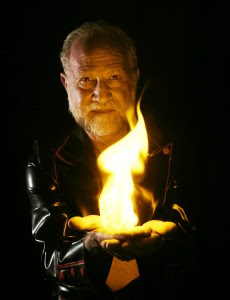 You'll find a detailed list of Dr Rubel's publications and workshops on that site. For his Sydney workshop schedule see here.

His Melbourne visit coincides with Oz Kinkfest, so you can check out his program on the Kinkfest schedule page. There's an extremely good deal where you can purchase seats for three workshops for under $100, and sol and I have taken advantage of this, and will be attending workshops relating to these books by Dr Rubel:
Sol and I have found these very useful in the creation of our own rituals and rules, and it's great to finally be able to attend workshops related to these topics. It's also a chance for us to learn more about leather, something that's quite rare in Australia.

We look forward to seeing you there :)